Commonly known as Yellowbelly are an Australian native freshwater fish of the Murray Darling System and in the South is also known as Callop. They are carnivores which eat yabbies, shrimp, fish and insect larvae. Yellowbelly grow to quite a large size, over 20 kgs but are best eating at under 2kgs. Yellowbelly are excellent eating as well as an excellent sporting fish and this is the reason so many people stock their dams with them. They take baits, flies and lures so are relatively easy to catch. We do not recommend stocking of Yellowbelly in dams less than 1ML in capacity. Smaller dams under 1ML suit Silver Perch better.

In an average farm dam Yellowbelly can reach 400 grams in 18 months in this region. Yellowbelly grow relatively fast but growth is dependent on the availability of food. Most farm dams can be enhanced by the introduction of additional food species such as yabbies, shrimp or gudgeons. We work on a stocking rate of 200 fish per Megalitre of water and generally a 30% mortality of the fish stocked. You can stock both Silvers and Yellowbelly together in the same dam if over 1ML in capacity. Yellowbelly and Silvers together is quite common as is Australian Bass and Yellowbelly. Yellowbelly are a relatively placid social fish which cohabitats with other species readily. However it is a predator so if the other species are small they can become food.

Yellowbelly fingerlings for stocking are available each year from December to July. We breed all our own fingerlings here at Port Stephens. Male Yellowbelly are ready to spawn from the 1st September and Females from the 1st October. The season usually runs through to the end of January. Yellows unfortunately are not the easiest animals to breed and we seem to have quite a bit of trouble each year to get a viable breeding to occur. Unlike Silver Perch the Yellowbelly have a more complex mating ritual and only one pair to a tank is preferred as we usually don’t have enough stock to risk multiple pairs in the tank as occasionally when more than one male and female fighting can occur. We inject the females with Pregnyl (human chorionic gonadotrophin) at 500i.u/kg. The males we sometimes inject with 250i.u./kg but generally this is not required.

Breeding tanks are kept dark and at 25 C and fish spawn 32 – 40 hours later. Eggs hatch 28–32 hours later. Yellowbelly are harder to get just right with the breeding, we have lots of batches that spawn but do not hatch. When we do get a good spawning it is usually 100%. An advantage of yellowbelly is survival in the pond. We release the larvae into the pond at day 5 after hatching when they are ready to start feeding. We have generally over 80% survival of larvae in the ponds. This is always much higher than Silvers or Bass which are in the 10 to 30% survival range. Yellowbelly do not strip so we need to get them to spawn themselves. The most important factor is to try and ensure that the female likes the male. Wherever possible we try to use matched pairs. These are a male and female fish that were paired up together in the pond and we have caught together in the net.

Not much doing currently in the way of aquaculture of yellowbelly. Most people just grow them extensively in farm dams though there is quite a bit of interest in trying to intensively grow them. Nothing much in the way of research happening in NSW despite the efforts of the NSW Aquaculture Association which has identified this species as the one with the potential for industry development.

Queensland DPI thinks differently and has been working on Yellowbelly for 5 years or more now with some potentially exciting results (click here for their Research paper). The problem with Yellowbelly are that they are a carnivore and do not eat pellet food normally. Or that is what we thought until the QLD DPI started researching. Seems they have found a way to wean them onto pellet food and then raise them to an eating size in ponds on pellet food. This is fantastic news for the aquaculture industry, especially for those looking for an alternative to Silver Perch.

Traditionally Yellowbelly use to be supplied by Commercial Fishers fishing the inland rivers and streams. However, NSW Fisheries has now banned all Commercial Inland yellowbelly fishers so there is now an established market out there without a supply. Aquaculturalists hope to grow Yellowbelly to supply this existing market. However those that have started growing Yellowbelly have found a new market into the Live Fish trade for the Asian market. Currently Silver Perch are the main species supplying this market and they fetch $8-$15/kg. Yellowbelly with their Golden colour is preferred by the Asian market and they receive a price of $15-$20/kg. Yellowbelly are also considered better eating than Silvers by many people.

Yellowbelly are an extremely hardy species. We grow both Silvers and Goldens at Port Stephens and consider the Goldens a lot tougher than Silvers. They handle better, do not seem to get as many diseases or stress out as much. They can tolerate a wide range of salinities; however, indications are that high salinities will reduce spawning success, though low salinity levels in culture water reduces parasitic problems.

One of the greatest advantages of Golden Perch compared to Silver Perch is that they do not need purging. You can catch them straight out of the ponds and eat them. That is very important to people growing fish in their farm dams who just want to catch a few today to eat tonight, or to the commercial aquaculturalist which makes their life a whole lot easier with no purging. 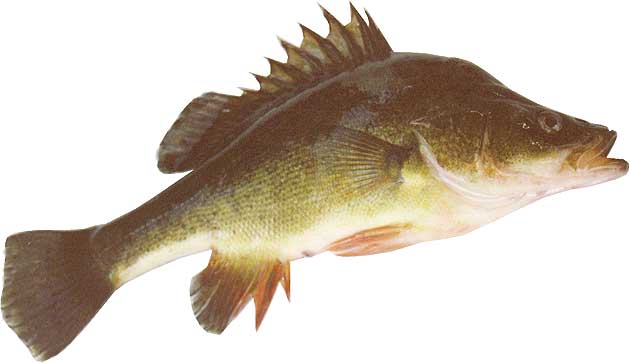